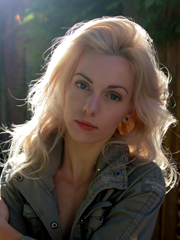 Dale Sassmann began her dance training at Impact Dance of Atlanta. During her High School years, Dale received a full scholarship to North Atlanta School of the Arts, and then continued her dance education through the undergrad program at Kennesaw State University where she enjoyed many seasons with the performing company, performed at The Kennedy Center in Washington D.C., worked with artists such as Lauri Stallings and John Welker, and enjoyed representing the dance department in Morocco.

Dale’s pursuit of dance education continued with scholarships from The Paul Taylor Dance School in New York, Pilobolus, and The American Dance Festival (2012 & 2014). Dale brings her experiences as a performer into the classroom, most recently performing as a guest artist, at The Modern Atlanta Dance Festival, Atlanta Ballet, CORE Dance Theatre, Emily Cargill and Dancers. She has been represented by The Movement Talent Agency and gained professional credits such as “The Vampire Diaries” and the hit show “Nashville”.

Dale has been teaching and choreographing for The Great Gig Dance Ensemble since 2011 under Tammy Everhart. 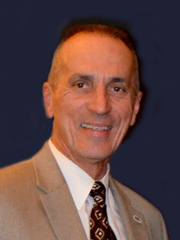 Derek Easterling is originally from Fort Lauderdale, Florida. He enlisted in the U.S. Navy in 1980 and served as a submariner, where he rapidly advanced his career. In 1990, he was selected for the Naval Officer Indoctrination Course. He attained the rank of Lieutenant and completed his service through an early retirement option in 1996. His decorations include the Defense Meritorious Service Medal, Joint Service Commendation Medal, Navy Commendation Medal, and the Navy Achievement Medal.

In 2003, Derek completed law enforcement officer training and joined the Cobb County Sheriff’s Office as a Deputy Sheriff where he served until 2010. He relocated to Tampa in 2010 to care for an aging parent where he accepted a position as a Hillsborough County School District Field Inspector. In 2012, he returned to Georgia and was employed as the Security Supervisor for Kennestone WellStar Hospital until April of 2015.

Derek is in his first term as Mayor of Kennesaw; he began his service in January 2016 with a term ending in December 2019.

Civic and community involvement is very important to Derek. He is active in school system support activities and is currently Co-President of the Awtrey Middle School PTSA. He has coached baseball for the Kennesaw Baseball Association and spends time helping families with special needs children.

Derek and his wife Dawn have been married for 11 years. They are active members of Kennesaw United Methodist Church.