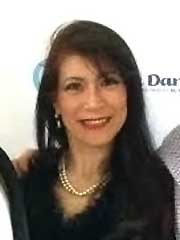 Kiki Silvestar has a passionate Love of Dance!!

She dances Country Western, Salsa, Latin, Swing and Tango and of course her specialty Ballroom. She absolutely enjoys dancing and performing, and loves teaching social, performing and competitive styles of dance. Her students love her personable caring personality and detail oriented teaching style.

Her Fred and Ginger like style performances with her partner Wayne Zwick have thrilled audiences over the years.

Kiki is originally from Japan and her dance carrier started 25 years ago here in Atlanta. She, as a mother of 4 boys, has also performed with her oldest son John several times as well.
Kiki is always looking forward to meeting new people and sharing her love of dance. She is currently teaching at Atlanta Dance in Marietta. Kiki welcomes everyone to visit her anytime at Atlanta Dance!! 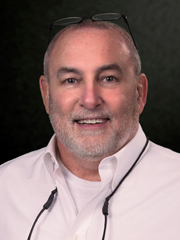 Mark is President of Atlanta Communities Real Estate Brokerage and leads 1000+ Realtors and Associate Brokers and does it with ease. How? Mark engages others, and his people first attitude makes everyone else a priority. In his words “it’s not about me . . . it’s about them!” He wears sunglasses around his neck ALL the TIME, because as an optimist, he believes the sun always shines even in the darkest of moments.

2017 marks a change in his own personal journey. Mark decided it was time to invest in himself and turn the clock back 40 years. In February, simultaneous to his promotion to President, Mark turned off the news, turned on the music, and began a fitness regime with Orangetheory Fitness! Mark is honored and excited to dance on behalf of Loving Arms Cancer Outreach and help raise money and awareness for this special group.

Mark is married to his best friend Sebreania, and they reside in West Cobb with their two teenage boys. They support their interests in school, sports, and activities. He’s also a United States Marine (8 years of service) where he achieved the rank of Sergeant and served in the Gulf War. Last but certainly not least, he’s an Atlanta native who grew up on the south side of Atlanta.